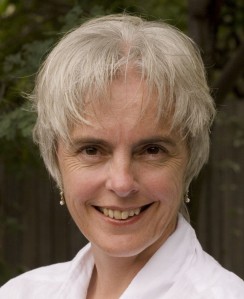 We spoke to Margo Lanagan about the fairy tales weaving through her books and short stories.

* ‘Tender Morsels’ is a retelling of Snow White and Rose Red. What drew you to this tale in particular? The fact that it didn’t make a lot of sense and seemed to require a structural repair or two (for example, why did the dwarf curse the prince?) – that gave me problems to solve. The fact that the Brothers Grimm made over a perfectly respectable, gutsy story into an insipid tale of women being rewarded for simply accepting any bad behaviour blokes choose to dish out—annoyance can be a strong motivator for me. Also, it had a bear in it, and a terrific cranky dwarf (Caroline Stahl’s original tale was called “The Ungrateful Dwarf”) and some very pretty treasure, which were all things I thought would be fun to play with. And once I got going, all sorts of unpleasant things crawled out of my psyche and started clambering around in the story, but that’s the thing about these traditional tales, isn’t it? They have hidden depths.

* Are there other fairy tales among your writings? Yes, a fair few. My most recent novel, Sea Hearts, is an exploration of the Celtic/Nordic selkie myths. I’ve also written short stories that are versions of Anderson’s The “Tinderbox” (“Catastrophic Disruption of the Head”, in The Wilful Eye: Tales from the Tower vol. I, ed. Isobelle Carmody and Nan McNab, 2011), “Little Red Riding Hood” (“Titty Anne and the Very, Very Hairy Man”, Meanjin, 2012) “The Six Swans” (“Black Swan Event”, Griffith Review, 2013), “Hansel and Gretel” (“The Goosle”, The Del Rey Book of Science Fiction and Fantasy, ed. Ellen Datlow, 2008) and “Rapunzel” (“The Golden Shroud”, collected in Yellowcake, 2011). There may be one or two others I’ve forgotten.

* What is it about the fairy tale genre that attracts you? The strength and strangeness of the stories; the feeling that they’ve got good bones which have helped them last through several centuries of oral tradition. So, they’re properly tried and tested, and safe to use as scaffolding for other stories—and all sorts of other stories. Made over and modernised, they usually retain something of their original energy. Also, the presence of magic is a draw, and the strict ways in which magic is used; they’re good lessons in how to use controlled magic systems. Generally characters only have one sort of magic trick up their sleeve – animal transformation, invisibility, access to a secondary world – so that you get a good look at a few instances of that being cannily used, rather than everything being possible, and therefore nothing being very interesting.

* Were you told fairy tales as a child? If so, by whom? Or did you read them yourself? I was the third of four children. We were all read to at night before bed, mostly by my mother, and we all learned to read pretty early too. So, both.

* Do you have a favourite fairy tale? If so, why that one? I think the ones that really curled my hair as a child are the ones I really like now. “The Tinderbox” with its big-eyed dogs gave me the utter creeps when I was little. And “The Red Shoes”, with the cut-off feet continuing to dance, was the stuff of nightmares.

* Do you think fairy tales are for adults as well as children? Absolutely. Fairy tales started off as stories for people, not children in particular. They were told long before the idea of childhood being a separate, more protected phase from adulthood gained currency. Their protagonists are often adults, with adult dilemmas and preoccupations. They’re not cosy, escapist fictions, in the main; they’re spiky, uncomfortable-making explorations to give you food for thought.

* Do you tell fairy tales to your own children? I’m not a good ad hoc storyteller, but we read to our two sons when they were small, and there was definitely a sizeable quota of fairy tale picture books, and fantasy stories, among the books we read them.

* Do Australian fairy tales exist? No, I don’t really think they do. I don’t think European fairy tale culture sat in this landscape long enough, in the right historical climate, to grow authentic original fairy tales. It would be impertinent, as well as illogical, to claim Indigenous stories as part of that tradition; their nature and purpose are quite different. Australian tall tales are possibly the closest we invaders have come. Early settlers tried quite hard to put fairies into the Australian landscape, but these days those attempts look kind of grotesque – very much another form of colonisation. Google “Images” for Ida Rentoul Outhwaite and you’ll see what I mean, although she was a bit later, after Federation. That’s not to say that we haven’t got various rich veins of story tradition here. But I don’t really think we can say that the fairy tale took any particular new direction when it was transplanted here. Certainly we put traditional tales to our own uses – I’m thinking of Murray Bail’s Eucalyptus and Mandy Sayer’s 15 Kinds of Desire – but the rootstock is wholly imported from other lands.

Margo Lanagan’s first fantasy stories were published for children in the early 1990s; she has since published numerous short stories (collected in White Time, Black Juice, Red Spikes, Yellowcake and Cracklescape) and two dark fantasy novels, Tender Morsels and Sea Hearts (published as The Brides of Rollrock Island in the US and the UK). Margo is a four-time winner of the World Fantasy Award. She lives in Sydney.

This site uses Akismet to reduce spam. Learn how your comment data is processed.